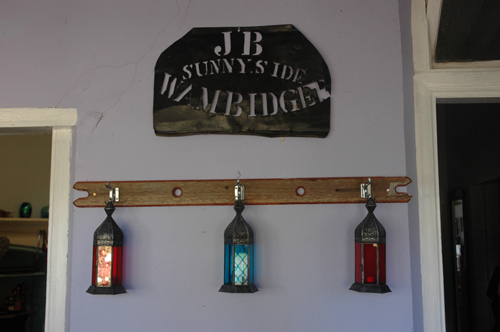 [Reposted with permission from grahameg.com]

On a recent rip to Colorado I was introduced to a number of American Indian rituals, some of which profoundly impacted me.

On the flight home I had time to reflect on why that was - and one of the things I realised was that the simple formality and specificity of rituals is immensely powerful. I also realised that rituals are powerful because they require us to press the pause button on the rest of our life, even if only for a few moments.

Running two companies based on opposite sides of the planet has been an exciting challenge for the past year. And while global travel is so much easier and safer than it was even a decade ago, it is still time and energy draining, and it adds many items to the already long list of 'stuff to get done'. I was often operating from a mindset of limited time and thinking that my work responsibilities were limitless. And when that happens we typically start to (consciously and subconsciously) let go of tasks that don't immediately meet a need or solve a problem. I've also found with many of my coaching clients that the things we let go of first are often the things that are beneficial for us.

When I think of ritual, I often recall a movie scene where someone in traditional Japanese garb is making tea. I love the attention they pay, the care they take, the way the seem to be consumed by the very act and ceremony of making a pot of tea. Such a simple yet powerful act and state to sit in.

I usually have a coffee as part of my morning routine. I now realise that - particularly in the last year or so - making that coffee has become a question of 'how quickly can I get this done?' And it's the same when I'm making myself or Danette a cup of tea; it's all a blur of semi-conscious activity so I can go back to whatever I was doing & thinking about beforehand. Our pantry holds a dozen boxes of different flavoured tea bags, not because they taste better, but because making tea with tea bags is faster.

So, I've decided I will no longer buy tea bags. And if I decide to go back to drinking coffee (I'm in the 'no caffeine' stage of the WildFit program at the moment), I commit to dropping everything else and immersing myself in the experience. What might I learn if I spend 5 minutes every morning focused entirely on the act of making coffee?

Maybe nothing..... or maybe something profound. I won't ever know unless I try it.

What are your rituals? Which one leaves you feeling most at peace, centred? I'd love to hear from you.