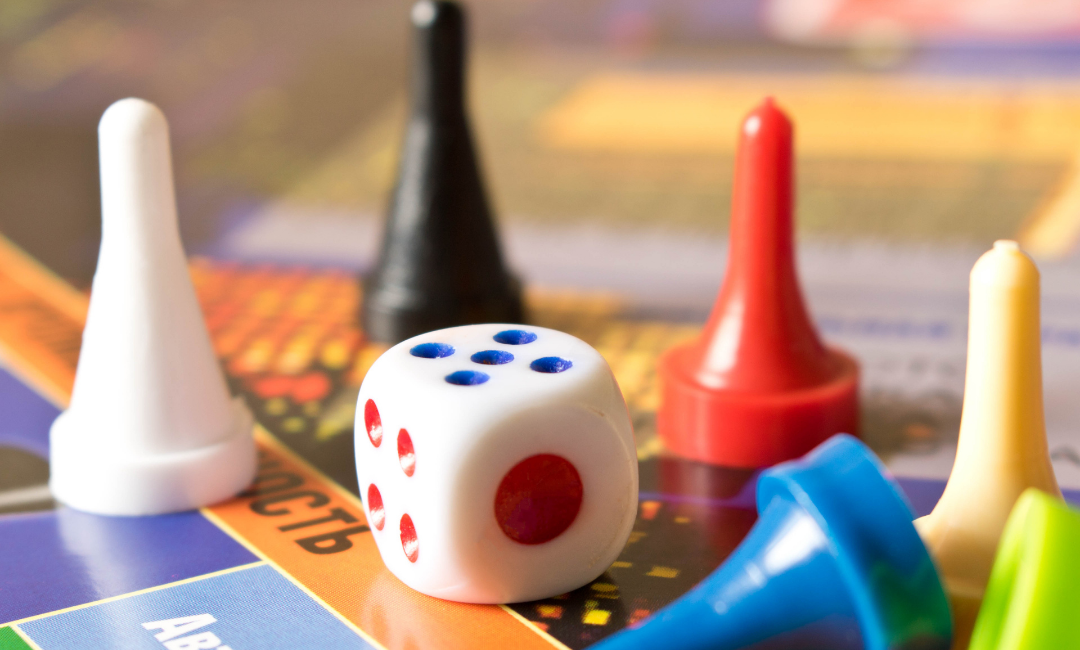 This year’s disruption has meant that many of us have spent considerably more time at home than usual. Keeping yourself and the rest of the house entertained and creative has been a struggle for many of us. If you’re now spending most of the time bored on your phone, playing games could help! Our Melbourne team have out together a list of game they have been playing during the lockdown that help inspire creativity and critical thinking.

But how do games actually help you be more creative? Most board games encourage some form of communication between players by providing external stimulus that they must respond to. These often involve strategy, collaboration, problem solving and individual creativity in order to achieve the best outcome and win. Science shows our brains are at our most creative when we are having fun. When we are calm, the blood-flow to our brains goes to the pre-frontal cortex which facilitates good critical thinking and creativity. However, when we are stressed the blood-flow to our brain moves to the hypothalamus or ‘reptilian brain’ which sends adrenaline around your body, inducing the fight/flight/freeze response. You’ll engage with the creative part of your brain making it stronger and more adaptive to new stimulus, as long as you don’t get too stressed about losing!

Below are our recommendations!

Zombicide involves a lot of strategic thinking and teamwork in order to beat the game. All players work as one team to move the figurines around the board, collect objectives and escape before everyone is eaten by zombies. This game is great because you can adjust the difficulty by making the board bigger/smaller and adding in more/less zombie spawn points. This game also available in different maps and time periods! We recommend this game for 2+ people, ages 14+!

Cranium is basically a mishmash of a few games, including Pictionary, trivia, Name That Tune, word games and more. Players work in teams against each other, and must work their way around the board in order to win. This game is great because it involves a lot of verbal and non-verbal communication between team members. It is also good for people with different strengths, whether that is facts, word play, acting, singing or drawing. Great to play with the family or with friends. We recommend this game for 4+ people, ages 16+. Cranium also sells a different version called Cranium Junior for ages 7+.

Most people have probably heard of charades before. The aim of the game is to perform clues non-verbally and have your teammates guess what you’re performing correctly. This game is great for creativity because you have to communicate in a way divergent from normal. This forces your brain to get creative with getting your message across, especially when you draw a card with only hard options. Our Melbourne team has been challenging themselves by only doing the ‘Famous People’ category as this is the category that often requires the most creative responses. We recommend this game for 2+ people, ages 8+.

Or why not invent your own!

This is a really great and fun way to get creative, and you can just use the things you’ve got around the house. Even try collaborating with the people you live with to invent a new house game!

Being stuck in lockdown, our team developed a few games of their own! The game pictured is very creatively referred to as ‘The Drawing Game”. In this game, players take turns coming up with a character from memory, then everyone has 1 minute to draw that character to the best of their ability. Players then compare their drawings with each other, and finally compare them to what the character actually looks like. The most accurate drawing wins that round.

This game tests your memory recall and your drawing ability, but under some intense time pressure. Most of the time, you end up with funny drawings that may/may not resemble your character of choice. Our team has bought whiteboards and markers to help save on paper, but really all you need to play with game is some pens, paper, and a phone/computer (for timer and image search). We recommend playing with 3+ people, ages 8+.

Here is some of the quality you can expect:

Our team came up with another game using the same materials as The Drawing Game, inspired by extensive viewing of Ink Master. In this game, each player says 1 word (at least 2 nouns and no more than 1 adjective – e.g. a bird, The Queen and angry) and players have 3 minutes to draw an image that involves all of the words. So for example with the words above, you could draw The Queen as a bird and make her angry, or The Queen riding a grumpy bird, or a bird and The Queen having a fight, etc. It’s up to you! The endless image combinations certainly results in some very creative designs. The player with with best image wins the round. We recommend playing with 3+ people, ages 15+.